That person was holding a certain card which he claimed to be a police warrant card. Fellow sisters were probably too scared when approached by the "police" to verify the authenticity of the document. To avoid future loss, fellow sisters please be reminded of the following proper procedure of search:

1) Whether you have been arrested or it is a sudden search or not, the police must produce a valid warrant.

2) An expiry date is printed on the search warrant. It becomes invalid after expiration.

3) The search warrant is stamped by the court and signed by the magistrate.

4) You have the right to ask for a lawyer to be present before opening the door for the police to search.

5) You have the right to film the entire search process.

6) After the search, you have the right to ask for a copy of the list of items taken.

A police officer in plain clothes, whether he is on or off duty, when dealing with members of the public, shall identify himself and produce his warrant card when exercising his police powers. 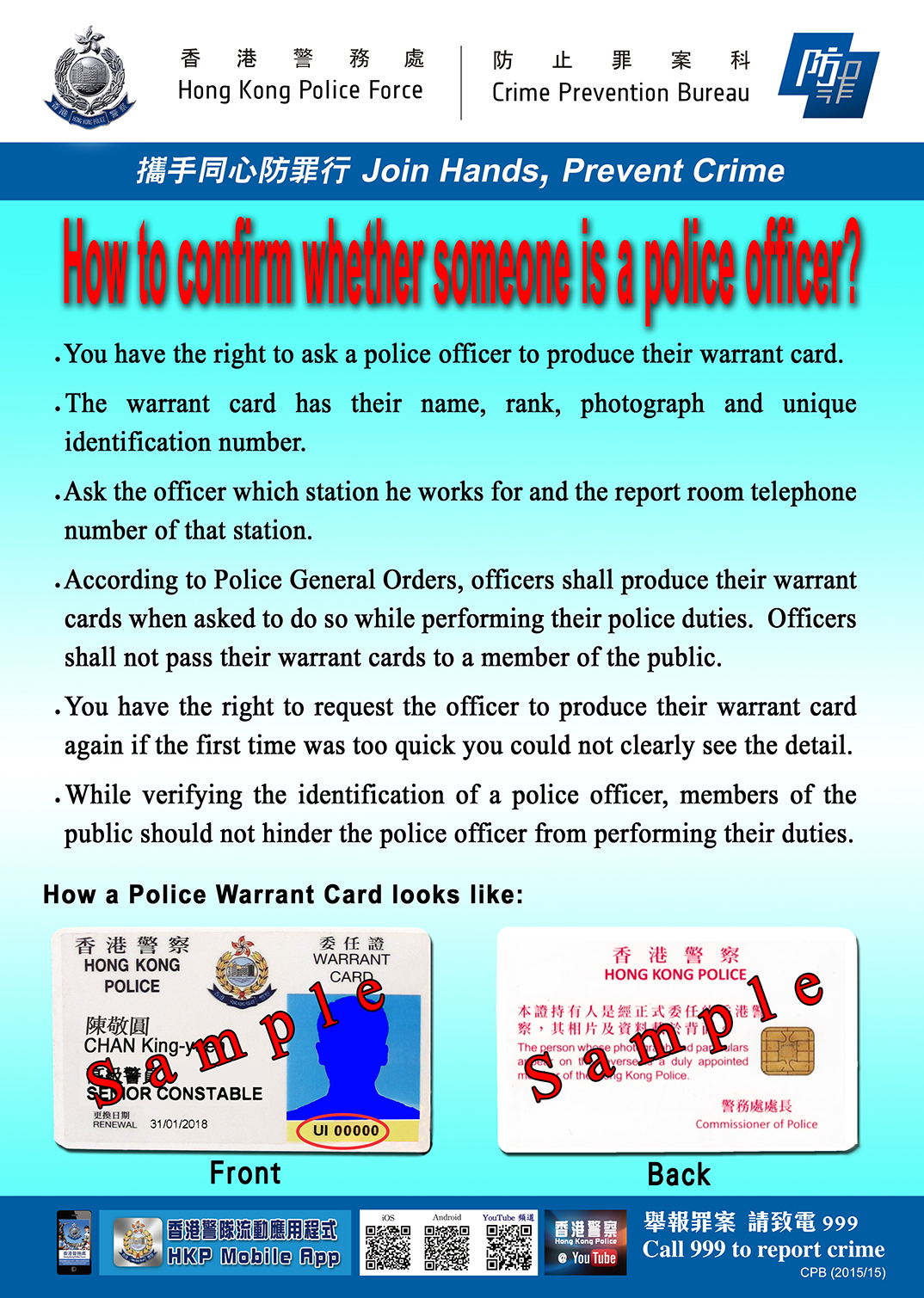 How to verify the truthfulness of Police Warrant Card?

The Police Warrant Card has the following features:

- In the front, the card is printed with:

- In the back, the card is printed with:

If there is no reason that you think you have committed any crime, you should first keep calm and don't be overwhelmed by the words and actions of a person who claims himself a police officer. You can call the nearest police station to verify, to avoid any unnecessary losses.

In 2019, veteran restaurant worker Nikeisah Newton started driving grain bowls and salads to strip clubs around the Portland area at 2 a.m., trying to feed under-served dancers and sex workers after shifts. She called her food delivery service Meals 4 Heels, taking orders primarily through Instagram direct messages. "I want to be realistic," she said at the time. "I don't need to be a household name, but I’d like to be a dressing room name."

In certain Portland circles, however, Newton has become a household name: The chef has made meals for fundraisers and events like Roux and Queer Soup Night, fed protesters fighting police brutality and racism in Portland, and feeds food-insecure and unhoused Portlanders through various mutual aid efforts. Now, Portlanders can find her food any given day at one standing location: Newton has opened a cafe in Southeast Portland, serving sweet potato glass noodles topped with pickled cucumbers and truffled tomatoes, lemon-pepper couscous with marinated artichokes, and black-eyed pea fritters... (Read full text)

Restaurants with sex workers as the major source of customers might not be rare, at least before the pandemic. But a business owner who is willing to so openly show her care and concern towards the sex workers' community is definitely one among the very few.

Unfortunately, if it were in Hong Kong, what the business owner could expect was only a charge – "Living on earnings of prostitution of others", a legal article which effectively keeps sex workers from all potential support and assistance at work places.