When talking about sex workers in the past, I always thought that they were weak and vulnerable, and looked forward to the salvation of others during their night work. Halfway through the four-month internship period, I had met and talked with them who were all unique. It turns out that their true colours are Wonder Women. 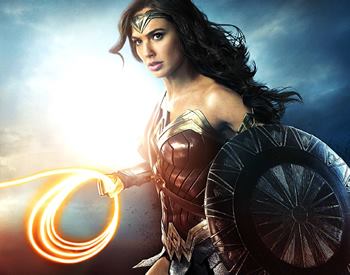 Like the female hero, they have an enviable appearance; yet they choose to remain anonymous. They are strong and capable; they transform when the night falls, and during the day they bear the burden of life like any other ordinary people: to earn a living, to look after the children, to prepare three meals a day for the family… Perhaps their profession is not widely recognised in the society, but they have defined themselves. They have become hero of the family, and to me, they are Wonder Women.

Sex workers may enter the sex industry for different reasons. Some do it for money, while some make such a choice because they enjoy this work. Most of the sex workers in Hong Kong come from the Mainland. Some choose not to rely on CSSA or others, but to earn money to save themselves and their families. To me this is a manifestation of a strong woman. I once had an interview with a sex worker. She said she studied medicine in a foreign country. She had a chance to stay as a so-called professional recognised by the society and in that case, she needed not worry about living. But in the end, she chose to enter this industry, because she loves and enjoys sex, because of the joy that sex work brings her. It sounds so unconventional and it was striking to me -- If Wonder Woman is a model of modern women with strength and autonomy, sex workers can represent female sexual autonomy and liberation.